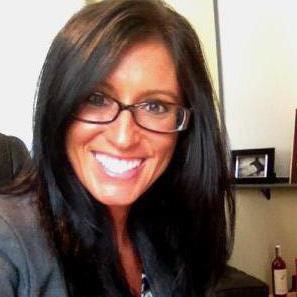 Sara Elizabeth Dill is a founding partner in the Chicago and Miami offices of the Law Offices of Sara Elizabeth Dill. Her practice focuses on immigration and criminal defense domestically and internationally. Sara also has an extensive pro bono practice, representing victims of human trafficking and domestic violence, as well as successfully litigating asylum cases for refugees from Rwanda, Sudan, Haiti, and Colombia. Sara has joined the Race for CAASE team and will be running the Chicago Half Marathon in September. She took a few moments to chat with us about her work in the anti-trafficking movement and to talk about why she’s Racing for CAASE.

CAASE: How have you seen the movement to end human trafficking evolving in the past few years, and when did you first hear about CAASE’s work?

Sara Elizabeth Dill: I have to say that human trafficking efforts have grown exponentially over the last decade. It must have been maybe two years ago and that there was another group I was working with and they were talking about CAASE. Any time you hear about an organization that is dealing with human trafficking on a local level, you have to take note. We hear so much about international trafficking, and when I learned that CAASE is doing something locally, I had to get involved.

CAASE: Why do you believe that ending the demand for prostitution so crucial?

SED: I think ending demand is the only way that we are effectively going to put a stop to human trafficking. We can dismantle the trafficking rings, increase penalties to the traffickers, and all of that is amazing. But unless we really teach our boys and men and tell them, “This isn’t appropriate. This isn’t accepted by society,” and enforce it with harsh penalties, it won’t end. We need to educate them about who these women are. That’s the only way that we will be able to put a stop to the demand for these women, which will then take away the profit and the traffickers, and it will eliminate it. I think the programs that CAASE is doing are fantastic. We’ve seen in other countries the benefits of when they started arresting the johns and putting very stiff criminal penalties on demand, and the trafficking of women decreased exponentially—to the point where it’s almost nonexistent.

CAASE: What made you want to support CAASE and join the Race for CAASE Team? Have you run a half marathon before?

SEDill: I have. I’ve run half marathons and I’ve run full marathons. I wanted to get another race in this year, and when I saw on twitter that you guys were sponsoring a team for this I thought “That’s perfect!”

CAASE: You’re really active on Twitter, and your practice has a great blog. We saw the other day that you were training in this heat.

SEDill: Yes, you have to keep training! The way I see it - any pain or struggle I feel while running is nothing compared to what victims of human trafficking endure.

Many thanks to Sara for being interviewed and for joining the Race for CAASE team. If you’d like to support Sara’s fundraising efforts, please visit her profile here and make a donation!

This interview was written/condensed by CAASE's Communications Intern, Clara Pluton.
Posted by CAASE Staff at 4:00 AM