Ashton Kutcher and Demi Moore unveiled a new campaign today called Real Men, which targets the demand for child prostitution. This is exciting news, and we love Ashton and Demi's DNA Foundation.

We want to recognize, however, the alarming emergence of the idea that sex trafficking is only wrong if it affects children. "Real men protect, respect and care for girls," Demi said. "Real men don’t buy girls." This is, at the same time, both wonderful and misleading messaging. People purchasing children for sex are indeed committing a heinous crime that happens all too often. But Demi then made a comment that it is acceptable for men to buy sex from a woman who chooses prostitution. That is a myth. Real men must not buy sex from women, men, girls or boys and here's why:

Most women in prostitution did not choose it. Free choice implies that a prostituted person has been presented with a variety of options and simply picks the one she feels is in her best interest. This is rarely the case for those who end up in the sex trade. The most common reason women enter prostitution is to meet basic survival needs. Many others were coerced or abused by sex traffickers. One study indicates that 92% of women in prostitution would like to escape it immediately.

That being said, great awareness was raised today about sex trafficking. We especially like Real Men's focus on ending the demand for prostitution, which is the purpose of our End Demand Illinois campaign. If there were no demand, there would be no prostitution. Let's just make sure the Real Men campaign targets the trafficking of all people, regardless of their age. To find out how you can help, download our 10 Actions on 10 Issues guide for real, simple ways you can end sexual exploitation.

Here's the video of the press conference:


Watch live streaming video from cgi_press at livestream.com
Posted by CAASE Staff at 11:32 AM 5 comments:

Women Taxi Drivers Are Important Part of a Bigger Story 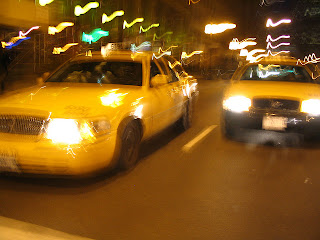 I loved reading Tracy Swartz's article about the two strong female cabbies in today's Red Eye. I always want to hear more about successful women in traditionally male-dominated industries.  These two women are among the 120 female licensed cab drivers in the city of Chicago and as you may guess, their experience is a bit different than the traditional male driver.
One relates: "You have to be on the defense without being rude. You have to expect what you'd never expect." The story reveals that these women have faced sexual harassment, attacks by male passengers and solicitations for prostitution.  While I am not surprised to hear these stories, it adds a new dimension to the story of sex trafficking in Chicago.
We have heard stories of male cab drivers who share profits with pimps and help the sex trade to thrive. Not all cabbies of course, but some cabbies are regularly paid for referring customers to pimps. This came to light in the just-released research on 25 Ex-Pimps in Chicago. This study by Jody Raphael and Brenda Myers-Powell documents how profit sharers all play a role in the sex-trade. They report: "Pimps said they shared profits with a host of other actors, including lawyers and doctors, but also bellman, hotel clerks, bartenders, and cab drivers, all of whom were regularly paid for referring customers."
The act of cab customers soliciting female cabbies for paid sex is clearly unacceptable. Why then do we tolerate the actions of those who perpetuate the demand for prostitution in Chicago? It’s time to speak up and to combat forced prostitution and human trafficking. This effort takes the collaboration of many, including criminal justice professionals and politicians. We must End Demand for prostitution in Illinois.
According to the article, these two female cabbies will soon leave their cabs behind and move on to new careers. One will run for Alderman and one will study criminal justice. I wish them luck in their new careers and know of a movement that could use their help.
Lindsey LaPointe is a Policy Intern for the Chicago Alliance Against Sexual Exploitation.
Photo by Carl Raether.
Posted by CAASE at 1:40 PM No comments: