Man in Chicago Charged with Trafficking: Why the Problem is Local and Real 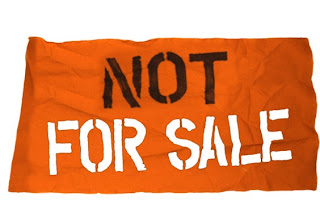 A hot topic in today’s news, a Chicago man is being charged with counts of human trafficking after forcing his girlfriend into prostitution. According to CBS Chicago News, authorities say the man beat his girlfriend until she agreed to prostitute herself for his monetary gain.

In light of this reported human trafficking case, the Chicago Alliance Against Sexual Exploitation (CAASE) is urging awareness regarding the local prevalence of sex trafficking in our very own community.

“As many as 25,000 women and children are purchased for sex in Chicago every year. Many were forced into the sex trade by someone they knew and trusted, frequently when they were just children. We applaud the “We applaud the Cook County State’s Attorney’s Office and the Cook County Sheriff’s Office for their newly increased commitment to prosecuting pimps and traffickers aggressively and effectively,” she said.

CAASE is the lead agency for the End Demand Illinois campaign, which fights the demand for prostitution in Chicago.

There are many myths and misconceptions about human trafficking: CAASE offers these facts to help the public better understand the issue and fight trafficking in our community:

*According to the federal definition, ‘Sex Trafficking’ involves recruiting and maintaining another into or in prostitution.
“Aggravated Trafficking”- when force, fraud or coercion is used to get or keep people in prostitution—these are serious federal crimes.

*Contrary to conventional wisdom, trafficking offenses do not usually require the crossing of jurisdictional boundaries.

*Cook County’s new approach to targeting pimps and traffickers is innovative and necessary to ending the problem of sex trafficking: Historically 2/3 of all prostitution-related arrests in Chicago have been of women.

*Research reveals that the average age of entry into prostitution for women living in Chicago is16.

*The word “trafficking” is about exploitation: It does NOT require the movement or transportation of the person. Instead trafficking is defined at the Federal level as the use of force, fraud, or coercion against a victim.

*Research indicates that most victims of sex trafficking within the United States are women and children, particularly girls under the age of 18.

*A number of studies in the United States indicate that many women and girls in prostitution are also victims of sex trafficking. For example:

The demand for commercial sex is enormous, whether on the street, in strip clubs, escort services, or massage parlors. The willingness of some men to pay for sexual ‘services’ fuels a multi-billion dollar global sex industry, without which there would be no trafficking.

Posted by Genevieve at 2:22 PM No comments: